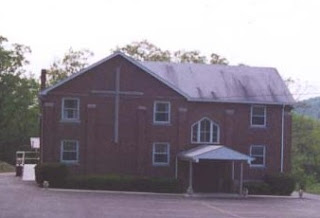 The Beginnings of the Brethren Church
The Roman Catholic Church had become corrupt and lost control. The Lutheran and Reformed churches had made an attempt at religious freedom but soon came under the protection of the state. All three became the official churches and persecuted any who professed another faith.
The founders of the Church of the Brethren had no creed but the New Testament scripture. This, they believed, was a complete guide for their lives. With prayer and fasting, under the guidance of the Holy Spirit, they sought to find the true Way.
As well as the religious turmoil, there was almost constant warfare for most of the century. In 1618-1648 there was the Thirty Years War that involved all of continental Europe. In 1688 there began unparalleled brutality and atrocities by French soldiers. The whole country was pillaged with towns and cities burned to the ground. Over 100,000 people were murdered in the process. This never let up until the treaty of Ryswick in 1697. This time period made the people war-weary and war-hating.
The Church is considered to have its beginnings with a man named Ernst Hochmann in the late 1600’s. Brother Hochmann had a great influence on another man named Alexander Mack. Both made many preaching tours through Germany. In 1702, Ernst Hockmann was imprisoned in the castle Detmold for a period of time for his preaching.
Alexander Mack was a well educated man, attending the universities of the time. With several other men they prayerfully searched the Scriptures for their guidance. In 1708, Mack and seven others met by the side of the Eder River near Schwarzenau, Germany. One of the members was directed to baptize Brother Mack and in turn Mack was to baptize the other seven. This is considered the beginning of the Church of the Brethren, with Alexander Mack as its founder. Within seven years there were four other congregations that had grown from the original group of seven. The church was well on its way.
The church followed two principles: spirituality in worship and observance of all the ordinances of the New Testament. If the New Testament taught something, the Brethren sought to do that.
As a protest against the state religions of the day, they proclaimed, “No exercise of force in religion”. Since infant baptism would not be of free will, they opposed it; since oath taking implied pressure they opposed it; since war was an interference with the rights of others, they forbade members to participate; since God is recognized as being above the state, they sustained freedom of conscience and would obey God rather than man. Much persecution was inflicted upon the members including being chained in galleys, imprisonment, suspension by the thumbs and toes, exile and dispossession. Resenting the persecution of anyone, they were much persecuted themselves. Through all this they never persecuted anyone.
The constant persecution and hardships led them to seek freedom in America. In 1719, a group from the Creyfelt Congregation, with Peter Becker as their leader, was the first to make the trip to America. They landed in Philadelphia, PA and traveled to Germantown where the American origin of the Church of the Brethren still exists today. A congregation was formed and the first house of worship was erected. From this location members moved out and formed other settlements and churches.
The first love feast was held on Christmas Day, 1723, followed by the first organization of the Brethren. Brother Becker was chosen leader and minister. That day, six were baptized and the day closed with a communion service with twenty-three members participating. The following fall, an evangelistic party of fourteen men moved out to visit scattered members, encourage believers and preach to unbelievers. This first missionary journey resulted in eleven being baptized, two new congregations being formed and two ministers being elected. The American church was now a missionary church as it was in Germany.
Until the time of the Revolutionary War the Brethren Church had spread over Pennsylvania, New Jersey, Maryland, and Virginia. Reaching beyond these boundaries and mountains took place after the war.
The Church of the Brethren was small in number but generous in spirit. It stood for higher education, earnest evangelism, pastoral care of the churches, Sunday School work, and sincere piety and devout living among its members. All this was blended together to form a sincere love and desire for reaching out to the souls of all unbelievers. 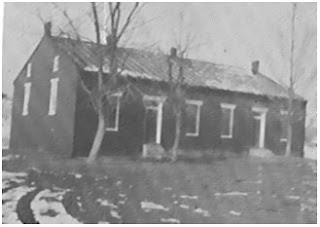 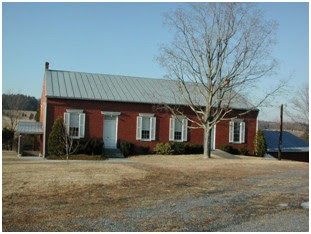 Beaver Run Church 2003
The Beaver Run Church was the oldest continuously run organization of the Church of the Brethren in the First District of West Virginia, although there were earlier organizations of the Brethren Church. It was located on Beaver Run Road three miles east of Burlington, WV.
The Beaver Run congregation began when Daniel Leatherman moved from Hagerstown, MD in 1784. A family of Arnolds moved to the area a year later from Frederick, MD and both played a big part in organization of the church. Daniel Leatherman, was the founder of the Brethren Church in Maryland.
The Beaver Run Church that was formed was considered the mother of a multitude of churches throughout the First District of West Virginia. This church seemed to have great interest in growth and expansion of the Brethren faith throughout the region. After the church building was built, the ministers of the group would preach on the first Sunday of the month. All would try to be present. On the other Sundays of the month they would scatter out to the countryside preaching in schoolhouses, homes and other churches. Faithful members of Beaver Run would often follow them to these locations to worship, traveling sometimes up to ten or twelve miles.
Elder B. W. Smith was born in Hampshire County, WV on September 4, 1860. At the age of 19 he united with the church and was baptized by Elder Daniel B. Arnold. He was elected to the ministry at the age of twenty seven and ordained to the eldership shortly thereafter. His pioneering work started many congregations in West Virginia in his nearly fifty five years of service to the ministry.

The Old Furnace Church of the Brethren 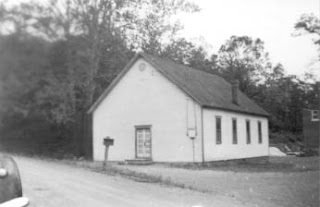 First “Old Furnace Church of the Brethren” 1913-1944
The Abe Schoolhouse on the Old Furnace Road was one of those pioneering places of worship. One person of this small gathering, Jacob Abe, became the first member of the congregation when he was baptized in the Little Cacapon River. This took place on his brother, John Adam Abe’s farm in Hampshire County in February, 1896. This farm was in the area below Paw Paw, WV.
In November 1897, Alpheus Jerome Whitacre and his wife Lacy Ann (John Adam Abe’s daughter) moved to Short Gap and in May of 1898 started the first Sunday School in the Abe Schoolhouse. His family and that of Jacob Abe were the only Brethren Church families in the area. As services were held, members were continually added to the church.
The first love feast of the congregation was held in 1908 in a machine shed on the old Abe home place on the Old Furnace Road. The first council meeting was held on August 10, 1912 in the Abe Schoolhouse. From that meeting, A. J. Whitacre and Emmer Lechliter were elected to the ministry and William Edward Abe to the deaconship and as the first church clerk.
The congregation continued to grow and during the summer of 1913 the Furnace Chapel church was built. Materials and labor was donated by many for construction. Those on the committee to select the site were Jacob Abe, Emmer Lechliter, U. G. Umstot, Henry Nicholas Abe and Frank Baldwin. Jacob Abe donated the plot of land.
Before construction was completed, a council meeting was held on August 30, 1913 to discuss the possibility of forming a separate congregation. The decision to select an elder-in-charge from the mother church, Beaver Run, was made.
On April 11, 1914, an organization was formed and B. W. Smith was elected as elder-in-charge. This organization later took the name “The Old Furnace Church of the Brethren”. The name Old Furnace was chosen from an old iron ore furnace that stands to this day across the road. Later the church acquired the site of the old furnace. The first love feast held in the church was on September 12, 1914 and A. J. Whitacre was elected to the eldership in 1916. Brother Smith continued in that position for fourteen years until 1929 when   A. J. Whitacre succeeded him. Brother Whitacre served for two years and the elder-in-charge passed back to B. W. Smith for another two years. 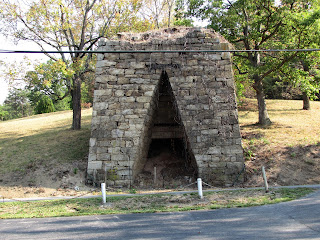