Henry Nicholas Abe was (6)(189)born on April 30, 1883, the fifth child of John Adam and Martha Jane (Moreland)  Abe. His parents were living on the farm near Little Cacapon, Hampshire County, West Virginia at the time. They had moved there at some point in the last two years after the death (in 1881) of their child Emma in Mineral County.
In (13)1890 when Henry was about seven years of age his mother passed away. The only place her death has been found is on her headstone at the Abe Cemetery. No other information for Henry can be found until a listing for him is found in the (70)1900 Hampshire County, West Virginia Census. In this census the family is still on the farm near Little Cacapon. His father had remarried, two years prior, to Sarah Margaret Sowers and Henry is now 17 years of age. 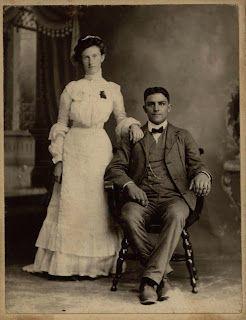 Henry and Bertha
About the time of their marriage

On (6)(37)April 17, 1904, at the age of twenty one, Henry married Bertha Viola Brelsford. Bertha was the daughter of William Taylor Brelsford (aka James William Brelsford) and Sidney Elizabeth (Richmond) Brelsford of Hampshire County, West Virginia. The (191)1900 Census for Hampshire County, for some reason, does not list Bertha with her parents. I have searched all census records for the same district and cannot find her with any other family there.
By (37)1910 the census for Mineral County, West Virginia places Henry and Bertha on a farm there. Henry is listed as the owner of the farm he is working. They have been married now for six years and have had four children, two of which are now deceased. James Strickley is also living on the farm and is listed as a "Laborer" and "Blacksmith Helper".
The farm apparently was not profitable enough to sustain the family as Henry worked at many jobs outside the farm over the years.
A family story says that around this time, Henry Nicholas spent some time working on construction of the Lake Gordon Dam in Bedford County, Pennsylvania.  I cannot confirm this with any absolute proof yet. This dam is the located just north of Cumberland, Maryland and is the city’s water supply. I do have a birth certificate for a son, Eugene Franklin that says he was born in the Borough of Bedford Valley, Bedford County, Pennsylvania in 1912. This would be the area of where the dam is located. This certificate was a "delayed registration" and based on information many years after the fact so it cannot be considered the final word on his birth. The original records were reportedly destroyed in a courthouse fire. 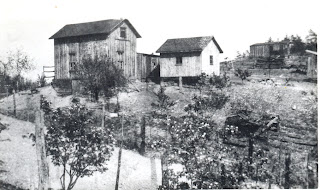 In 1914, Henry's father, John Adam, passed away near Ridgeley, West Virginia.
Henry's (192)WWI Draft Registration Card, dated 1918, says he is working as a "Drill Press Machinist" in Akron, Ohio. The record is in poor condition and the name of the company cannot be read. It is not known how long he worked at this position but the (193)1920 Census for Mineral County, West Virginia has him back working on his farm. This census lists the actual location of the farm as the Old Furnace Road. At this time it is still an operating farm but is listed with a mortgage on it. The family now consists of seven living children.....four daughters and three sons. 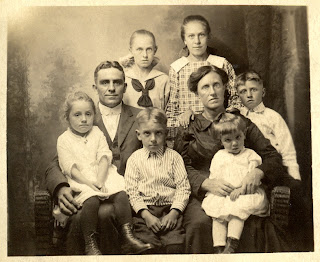 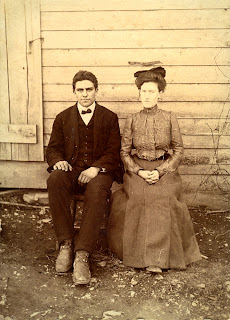 Outside the original farmhouse

On September 19, 1927, Bertha's father, William Brelsford, passed away of cancer of the stomach.
By (194)1930, one more son was born to Henry and Bertha and the two oldest daughters are no longer living in the household. Bertha's mother, Sidney Elizabeth Brelsford, now lives in the household. (189)(190)A hand written paper by Bertha, found in her possessions, lists all the children born to them and totals eleven children. Three of these died young or as infants. Henry is listed as working as a laborer in a tire plant. The plant was the Goodyear Tire and Rubber located back in Ohio.
While working at the tire plant the original house burned down and a new one was built on the property.
In January of (195)1937 Bertha's mother, Sidney Elizabeth (Richmond) Brelsford, passed away at the home of another daughter, Susan Blanch (Brelsford) Funk. 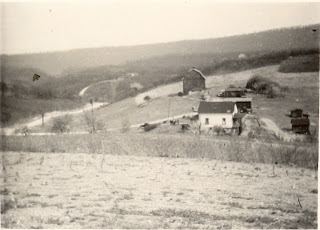 New house from the hill above

Again it is uncertain how long he was employed at the tire plant. His (192)WWII Draft Registration Card, dated April 27, 1942, shows him working for the Atlas Powder Company (Ravenna Ordnance Plant) in Ravenna, Portage County, Ohio. Work there was plentiful to fill the needs of the United States Military needs. The Ravenna Arsenal was the largest supplier of munitions for the war effort and a one point employed over 14,000. The Ravenna Arsenal ceased production, however, at the end of WWII. Henry is now 58 years of age in 1942 so he most likely worked there till the plant ceased production in 1945.

Bertha Viola (Brelsford) (190)died on April 12, 1952 at the home of her daughter, Pauline (Abe) Smith. She had been in ill health for about two years.
Henry Nicholas Abe (189)died in his sleep of a heart attack, just 7 months later, on November 28, 1952. He has complained of not feeling well after spending the previous day butchering. Both were (13)(189)(190)buried at the Abe Cemetery.
Henry Nicholas did have a simple hand written (196)will that did not include anything that was of any notable interest other then the full names of his living children. 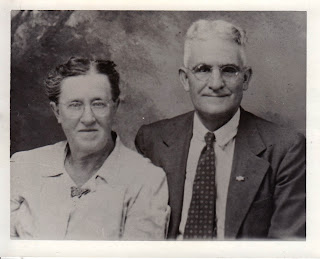 Posted by Michael Abe at 8:51 PM No comments: